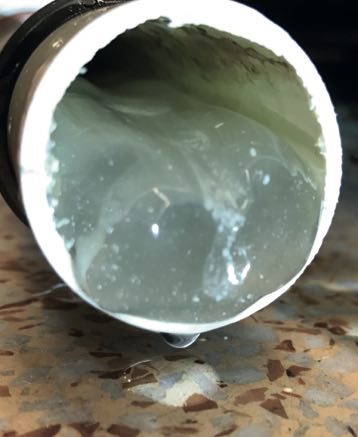 For as long as supermarkets have been selling refrigerated and frozen food from display cabinets, there have been issues with condensate drains and more specifically with blockages.

The problem is endemic to the supermarket industry – I would vouch that every person who has been in a supermarket will have seen the black and yellow absorbent strips at the foot of a cabinet – and although it causes thousands of hours of downtime and service callouts, as well as often causing a safety hazard, it is a problem that nobody seems to have been able to take control of, let alone eradicate. In fact, despite being responsible for as much as 30 per cent of all refrigeration maintenance callouts, blocked condensate drains have often been treated as an occupational hazard, an inevitable pain that the maintenance and store managers just have to suck up – literally.

It is a problem that is compounded by the complex web involved in retail refrigeration – from the designers and specifiers of the equipment, through the installing contractors and maintenance engineers, each having different responsibilities and priorities.

That complexity means that any number of people could be inadvertently contributing to the ‘cause’ of the problems, but often the store and maintenance managers, who are most affected by it, haven’t any input into it at all.

But 2020 has seen a court judgement that we think should motivate the retail industry to get on top of theproblem.

Back in January, Tesco found out that blocked condensate drains have a very real cost, when it received a fine of £733,333 after a 91-year-old customer had slipped and broke his hip in a store, after slipping on a puddle that had leaked from refrigerator units.

Tesco received the fine at Luton Magistrates Court for breaching the Health and Safety at Work Act by not ensuring customers and staff were protected from risk.

The fine relates to an incident at a Tesco Extra store in Hemel Hempstead. According to Dacorum Borough Council, whose Environmental Health Officers brought the case, the customer suffered multiple hip fractures, and “was fortunate to survive such an injury”.

The pooling liquid was proved to be due to condensate drains blocked by the formation of “biofilm EPS”. The severity of the fine was due to the fact that the store failed to put sufficient measures in place.

The reason the case took so long to be concluded was that Tesco argued that these health and safety breaches were down to local failures at the particular store. But after several hearings and listening to evidence from a number of witnesses and experts, District Judge Leigh-Smith disagreed. He found that the maintenance issues should have been identified and addressed at the level of regional management.

The judge effectively ruled that though Tesco repeatedly tried to fix the immediate issue, it did not have an overarching strategy in place to sort out the real problem, which was the formation of biofilm, causing the blockage of the condensate drains.

Who sorts out the drainage?

But arguably the people that most often have to sort out the problem are the store managers, who often have to deal with the issue, quickly before it causes a major trip hazard – but who are least able to do anything about the source of the problem.

The gap between the bottom of the chiller and the terrazzo tiles has always been something of a ‘no-man’s land’ when it comes to responsibility and standards but it does come under statutory regulations and needs to be compliant with Building Regulations for drainage. The problem is that if nobody takes responsibility for this area of drainage, how do we control standards?

But very few companies are aware that this standard applies to condensate drainage – and they are even less likely to realise that failing to meet Building Regulation standards could leave them liable, if there is a problem.

This is something we want the HVACR sector to help change, so that retail managers and contractors alike can agree a common standard and that everyone knows where they stand.

At the same time, there is currently no best practice guidance in the refrigeration industry addressing the use of BS EN12056 that would ensure the drains are installed in such a way that they would reduce a lot of these problems – and serve as a point of

reference for all groups involved to work from, such as installers, maintenance, designers and builders.

This is a major legacy issue in supermarkets, we have found – condensate drains are simply installed flat to the floor beneath the cabinets and as a result the debris doesn’t get washed away; the biofilm forms and the drains block. The installers can hardly be blamed here – they have extremely tight windows to install cabinets during new-builds and refits, so the angle of drainage is inevitably not the highest priority.

We are keen to work with the relevant associations such as the British Refrigeration Association to develop specific guidance
for installation and maintenance of condensate drains using the relevant standards. This would enable the whole display case and its drainage to be signed off as compliant at installation.

Gel-clear has spent the past ten years working on solving these problems. We started with looking to eliminate biofilm at source, which led to the development of Gel-clear tablets: soluble
tablets that are placed into the drainage pan and coat the drains, preventing biofilm, lasting for up to one year. They are proven to reduce refrigeration call-outs for water leaks by 70 per cent on 320 stores for one leading UK retailer. 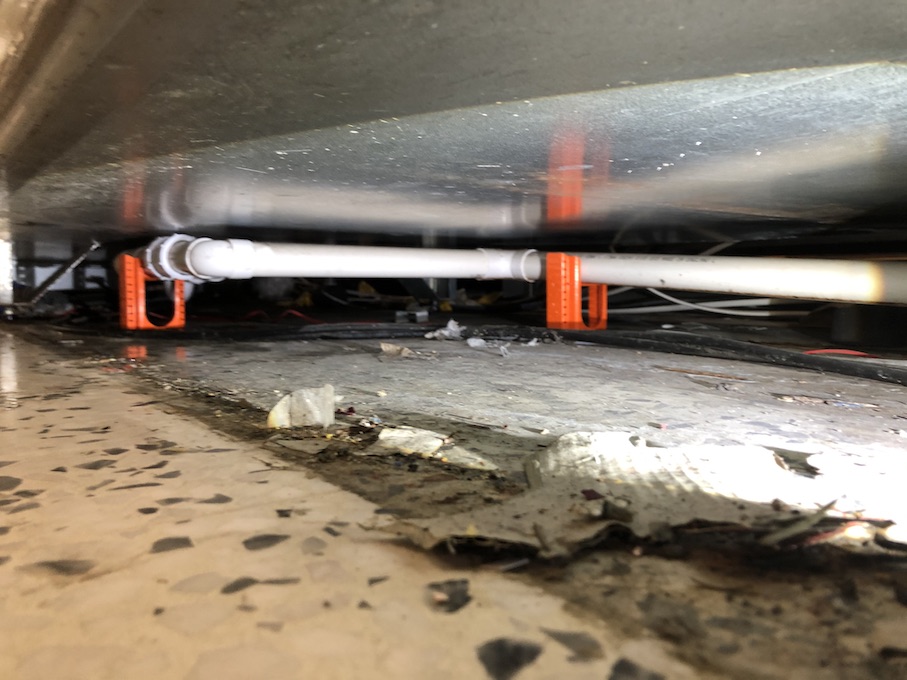 But as well as tackling biofilm, we wanted to address the physical drain installation too, so we developed a retrofit products that will bring condensate drains to compliant standards in minutes. The bio-beta pipe support simply introduces a 1.9 per cent slope to the drain sufficient to create a self-cleaning velocity in the wastewater.

As we have shown, the issues are multi-layered, so we don’t simply want to launch products. Instead we want to create a discussion around the issues. With that in mind, we would welcome feedback from the industry on any aspect of refrigeration drainage.